Each year, friends, partners and sponsors of the Global Game Jam offer an ever growing list of freebies. Want to try out a Corona SDK Indie Subscription free for 3 Months? $500 worth of assets and services with Mixamo? A free GameMaker: Studio license or free 30 day license to Articy:draft?

Check out these promotions and a lot more here, http://globalgamejam.org/content/2013-promotions 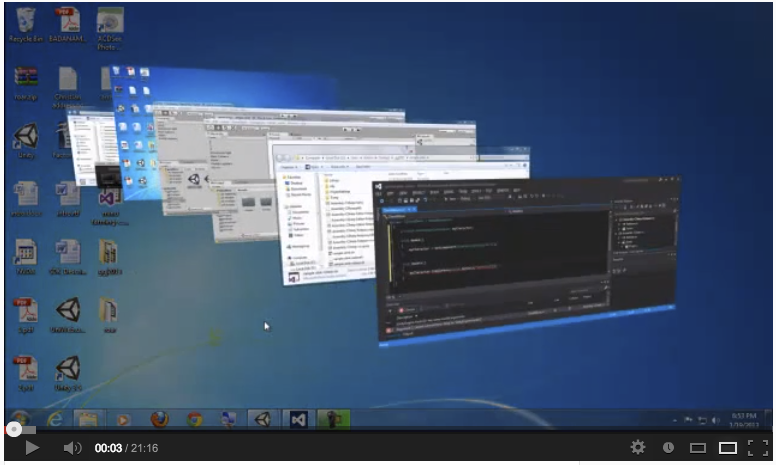 The day of the jam, before 5PM, is usually a good time for a couple of a tech talk, just to get people familiar with some of the technologies they may choose to use for the jam. We have a few videos submitted to us that you are welcome to use. The latest one is a 4 part series from NoOpArmy submitted as gift to GGJ 2013 participants on How to support a multiplayer game in Unity. Also don't miss the tech talks from Mixamo and Corona that we let you know about before. Other submission are welcome in the comments. GGJ 2013 Tech Talks.

Here comes the list that you have been waiting for: The list of Global Game Jam 2013 Diversifiers.

The Global Game Jam research committee is proud to announce our acceptance of the following research proposals. The authors of these proposals have a chance to survey the GGJ community during Global Game Jam 2013 in a pre-event and a post-event survey, and submit their findings to the GGJ Workshop at FDG. Congratulations to all.

Following a call for video greetings from site organizers from around the world, friend of GGJ Kai Lynk has put together a great video montage.

All sentences in the video are supposed to start with, "Game Jam is ..."

Global Game Jam™ Set To Break Its Own Record
On January 25-27 Over 300 locations & Thousands of Developers Will Jam!

SAN LUIS OBISBO, Calif. - January 22, 2013 - Global Game Jam, Inc.™(GGJ) announced that it expects to break its own record with next weekend’s 5th annual game jam. Worldwide, over 300 locations are getting ready in 60 countries to gather tens of thousands of participants who will take part in the 48-hour long game creation marathon taking place January 25−27, 2013.

Many new countries and locations have joined the jam this year, from all around the globe, as the event continues to grow in popularity amongst designers, programmers and developers. The tremendous variety of talented participants breeds innovation, while the theme and variety of diversifiers will generate even greater experimentation within the game creation landscape. GGJ continues to be a proven incubator for creating connections between game industry professionals, educational institutes and related fields, and vibrant game development communities worldwide.

It's almost time! After months of preparation Global Game Jam is almost upon us! With over 300 registered locations this year and just a couple of days left before the jam kicks off starting in New Zealand, we have officially closed registrations for local hosts.

This means that there will be no more new sites added, of course participants can still sign up (if the local site still has openings left).